The way we look at the customer in most of our organisations today is mainly influenced by an inside-out thinking mentality (a term used by Prof. John Seddon, https://en.wikipedia.org/wiki/John_Seddon).

The prevailing perception is that we can best design our products from within the virtual boundaries of our departmental best practices or experiences and then push them to the customer.

Once the product is launched we use a set of indicating metrics to check if we can interpret a product/market fit from these indicators and hope we’ll reach certain expected outcomes.

In other words, we often push our ideas to the customer (internal or external) may they match or not. Our product-customer-fit mostly relies on educated best guesses. Often we formulated those based on experience rather than knowledge (“I’ve been doing this for the last 25 years therefore I know…”). Many times not much thought is given to prove the validity of the assumptions that led to the design in the first place.

Furthermore, we create inside-out driven “value” mostly on a line-organisational respectively departmental reach. From that same local perspective, we assume we know what the customer wants. Rarely any cross-entities validation on the overall customer’s problem solving, or need fulfilling aspect is been taken into account. 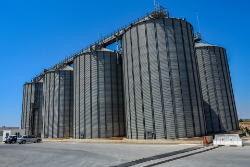 This separation also leads to repetitive value provision. In this OSCON talk Simon Wardley* narrates that while consulting one global larger-scale organisation they had found 380 customised versions of the same ERP system. By removal, the costs declined from £380M to £800K. This is just a quick example of how departmental isolated customer value can scale to a solid financial impact.

One can find silo tendencies in many organisations. They foster a culture of staff identifying themselves with a local entity rather than an organisation-wide customer value focus. Departments or entities build up walls to other parts of the system. No upper management is actively promoting such developments. Sadly though this systemic occurrence is often driven by the behaviour of middle management trying to climb the ladder. Local and isolated incentives on an organizational level such as many ill-designed bonus schemes contribute to these negative climates.

One more silo-relevant aspect manifests in an ever-dominating annual budgeting cycle paradigm. At the beginning of our fiscal year, we distribute budgets across organizational entities. By that, we enforce a competitive environment that is hardly able to bundle its efforts. In these climates focus on the creation of real customer value is rarely found. How would it? We have local interests to worry about … 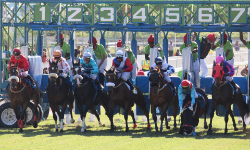 One way of how annual budgets portfolio management gets defended by middle or upper management often sounds something like this: “Well, we have regulations in our branch. We have to allocate our budgets annually”. True, but not the whole truth. Yes, internal or external compliance regulations might force organisations to distribute budgets to internal entities annually. But does that imply it’s carved in stone at what point in time we’ll spend it inside that period?

Let me give you an example. My branch colleague Jonathan Smart** held a speech at the Lean Kanban Central Europe 2018 event in Hamburg and explained how they changed the way Barkley’s Bank works. Inside of their highly regulated annual budgeting mechanism, the bank now uses some kind of iterative spending theme that Jonathan Smart refers to as annual rolling budgeting.

By the way, “annual budgeting” was first introduced by James O. McKinsey and laid out in his 1922 publication “Budgetary Control”. This work is almost a hundred years old. If you look at the cycle of innovation (or window of stability), the fact is that it has now come down to a decreasing average of 3 months. One might ask the question of why we hold on to an approach that was designed at a time where the innovation window encompassed multiple years or even decades.

But let me come back to Prof. John Seddon’s terminology outside-in vs. inside-out thinking. Inside-out-thinking mentality also tends to hold organisations hostage in a culture of prevailing the status quo (“We have always been doing it like this and that’s why we are not changing”) Amazon’s Jeff Bezos and Microsoft’s Satya Nadella both use the term know-it-all mindset. We know, therefore we keep the status quo. We do not change because it would imply we were wrong and failed at knowing. 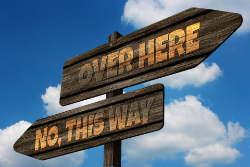 In these environments, failure is an expression of not knowing. Not knowing is not welcome. We pay people to know! They are experts, aren’t they? If I ask my project manager how long something is going to take, he has to know. Doesn’t he? With all his years of experience? He ought to know. Do you recognize the pattern? The underlying thinking is, we have experience therefore we know.

You can never solve problems with the same way of thinking that created them.
– Albert Einstein

In most best-case scenarios we see know-it-all organizations building predictions of future outcomes deterministically on “yesterday’s weather” averages such as Scrum velocity. Last 12 months we had an average of 30 user stories per sprint (2-4 weeks). This is what we are going to deliver, functionality worth 30 user stories…

This approach might show efficiency but does not necessarily expose effectiveness. Functionality doesn’t necessarily reflect customer value. You can build a lot of functionality without achieving any value. You can build the thing right without building the right thing! In the agile community, this sometimes gets referred to as “feature factories”.

The predictability of weather is a good example of know-it-all vs. learn-it-all mentality as well. If we look at the wording of a weather forecast, it’s surely not “tomorrow it’s going to rain at 1 pm”. The phrasing rather is “with a chance of 90% it’s going to rain tomorrow at 1 pm and a chance of 50% at 10 am”. This is a clear example of deterministic vs. probabilistic forecasting. There is no such thing as a single-value truth in the prediction of future business outcomes. Knowing in this context is an illusion. Period.

Let’s look at learn-it-all mentality: in a learn-it-all environment, we do not claim to be the owner of the single truth. We do not ask project managers at what date exactly the projects are going to be finished next year. We don’t rely on a single-value-truth, for we learned that it simply doesn’t exist in the prediction of future business outcomes. One way to work with probabilistic forecasting could f.e. imply we run a Monte Carlo simulation on top of historical data cycle times and forecast the probabilities of occurrence of an expected outcome.

Some of you might say that doesn’t work in our organisation, we need clear and concrete dates. Well, that is a valid claim. Problem is though, already mathematically their chances are simply unimaginable low. Again, planning like this is purely based on educated best guesses and everybody that has spent some time in such environments knows that.

Another interesting aspect of deterministic planning in a know-it-all environment is the avoidance of decision making. The lack of reliability of deterministic statements represents a considerable risk for those who make decisions based on such information. The evasive strategy is then often the alleged lack of fine granularity of the data on which the decision is based. Example: the project plan is not elaborated finely enough, so it is not possible to make a decision. We need 100% accurate data, otherwise, we won’t. The reason for this behavioural tendency of avoiding decisions is fairly simple. the data available to foster the decision are based on deterministic statements and the past has often proved the chance of them being false is fairly high. They are mostly simply not resilient and if you are the one who decides based on these, accountability might cast a dark shadow on you.

Again I’d like to quote the man that constantly scares entire sectors with ongoing innovation, and CEOs all over the world panic if they hear Jeff Bezos is about to pivot their way. In the day1 manifest, he states that a day1 company makes high-speed decisions and roughly knowing 80% about what’s right in front is enough to make decisions.

A colleague of mine, Markus Andrezak***, came up with a brilliant term and abbreviation (us Germans, we’re like nuts for abbreviations ;-))

CoDoD – Cost Of Delay of Decisions

I think there are many examples where a Know-It-All environment is damaged by decisions made too late or not made at all or is ultimately forced to decide by external influences.

The “silo culture” literally renders the upper management blind. Lack of transparency and decision making proposals coloured by internal political interests based on educated best guesses leaves management rolling the dices. Often none of the dice’s sides represents an option any experts would have taken that was right in front of the challenge. The advantage of involving the expert in the decision process is barely chosen.

If on top the cultural status quo has closed the door through which the management had the opportunity to get in touch with the base or experts facing the main challenges, not only the time2market suffers but the low quality of decisions can become dangerous.

Ok, so enough of how it’s not working. We want to know how it is working, right? And here comes the simple, yet beautiful truth. Every organisation is unique and therefore we simply don’t know YET. But we will find out!

One thing is for sure. Our behaviour is a consequence of the system or environment we are in. If we want to change how people act inside our organisation, we have to change the one thing that provokes the existing behaviour, the system!, This could be f.e. organisational change adversity or other behavioural tendencies.

Here’s My Idea Of A Learn-It-All Organisation

Disallow Google Analytics to track me